TRAINOSE will fund the subsidized unprofitable lines for 10+5 years

The completion of the negotiations with TRAINOSE for the routes of the barren lines was announced yesterday during the placement in the delivery-receipt ceremony at the Ministry of Transport, the former Deputy Minister of Transport, Giannis Kefalogiannis.

According to the Cretan politician, a new fifteen-year contract worth 750 million euros with TRAINOSE is expected to be officially announced in the near future, which will continue to be subsidized for routes related to non-commercial lines, ie definition harmful.

The difference compared to the previous contract is that there will be more itineraries per year. The existing Memorandum of Cooperation provides for the subsidy for 10 + 5 years, against a total of 750 million euros, with a commitment of investments of 2.2-2.5 billion euros in the Greek railway. According to information, this aims at the smooth operation of rail, passenger and freight transport.

It should be noted that TRAINOSE has announced an ambitious program for the supply of new trains and the upgrade of depots and facilities, the beginning of which is the reconstruction of the ETR 470, the Italian trains. Three of the five are already in the country. At the same time, it has already invested in the renovation of the Athens and Thessaloniki depots.

The bet of the competition

With the existing contract, TRAINOSE receives for each year of operation 50 million euros, based on which the services it provides on these lines are covered. The bet is of course this agreement, especially in freight routes to allow the operation of competition and the entry of operators that will bring profit to the market and will keep prices at reasonable levels for the services offered.

Sources say, however, that the change of deputy minister (now the new deputy minister of transport is Mr. Michalis Papadopoulos) may lead to a slight delay in the completion of the process. The Ministry of Infrastructure and TRAINOSE had long ago started the negotiations for the new contract of Obligations of the Public Service for passenger railway transport, with the aim of having it signed in 2021.

Which lines are subsidized

These lines, according to sources familiar with the case, are the total of long-distance routes covered by the subsidiary of the Italian FSI, including the main line Athens-Thessaloniki.

This line, although in 2019 showed signs of heavy passenger traffic, with the onset of the pandemic and the contraction of the transport project, was set as it is logical until recently on the lines subsidized by the state.

The contract that will result from the negotiations defines, among others, the scope of services provided, the itineraries covered by the contract, the methodology for calculating TRAINOSE compensation, the way of monitoring the execution of the contract, the control mechanisms and any other relevant issue. . 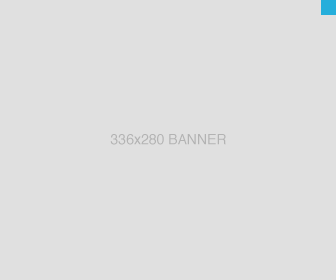